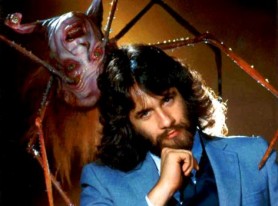 My favorite horror movie is the 1982 John Carpenter version of The Thing. IMO it’s a near perfect horror movie. It’s become a highly respected cult classic, however, back when it was released the movie was considered a flop at the box-office and nearly ruined the career of John Carpenter. Say what you will about the 1980s, but look at the list of other movies playing at exactly the same time as The Thing. Weekend Box Office Results of July […]